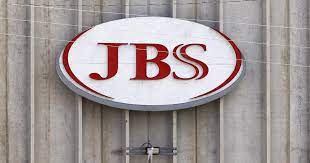 CHICAGO, Sept 13 (Reuters) - JBS USA on Monday halted production at a Nebraska beef plant that slaughters about 5% of U.S. cattle due to a fire, but said the company expects to resume operations on Tuesday.

The temporary closure highlighted concerns among U.S. lawmakers and ranchers that the United States is vulnerable to supply disruptions because a handful of meatpacking companies dominate the sector and rely on large plants to produce food.

The country has suffered a series of beef supply shocks over the past two years as large plants closed due to the COVID-19 pandemic, a cyberattack that crippled JBS's operations, and another fire that shut a Tyson Foods Inc plant in Kansas for months.

The JBS fire in Grand Island, Nebraska, did not impact the plant's "primary production areas," spokesperson Nikki Richardson said. The company, a subsidiary of Brazilian firm JBS SA (JBSS3.SA), expects to resume operations on Tuesday pending an ongoing assessment of the situation, she said.

The blaze burned a hole in the roof of the part of the plant that handles rendering, and damage is confined to the rendering area, said Cory Schmidt, chief of the Grand Island Fire Department.

"Fortunately, JBS is very modular so if one area has an issue, for the most part it doesn't affect the other areas," he said.

The plant has the capacity to slaughter 6,000 cattle a day, according to a daily livestock report from Steiner Consulting Group. Meatpackers slaughter about 120,000 cattle per day nationwide.

"This year, processing capacity has already been squeezed by COVID disruptions and labor availability and the industry can ill afford losing a big processing plant like this," Steiner Consulting said.