In my opinion, a great deal changed this week.  Starting off, the spread between starting feeder and finished fat bottomed on Monday.  Months of narrowing spreads between the two had been a consistent benefit to cattle feeders.  On Monday though, that is believed to have changed as feeder cattle prices are believed to have reversed higher.  Next, we saw some of the narrowest basis spreads to the spring months of feeders in quite some time.  These two factors give cattle feeders the ability to hedge incoming feeder cattle inventory at better levels than in multiple months on end.  I went to work this week recommending cattle feeders to own the $178.00 January call and sell the $172.00 January put.  This is a sales solicitation.  I did this due to anticipation of a squeeze materializing to the cattle feeder.  That squeeze is believed going to take place due the perception it will be difficult to entice the consumer to be willing to pay a higher price, or consume more beef.  This may keep box prices soft and packers desperately attempting to hold on to narrowing margins themselves.  With a belief that it may be more difficult to get fat cattle prices to rise than feeders, the cattle feeder is anticipated to be squeezed in their profit margin.  I continue to recommend owning February $154.00 puts and now buying the at the money puts for April.  This is a sales solicitation. I did such because cattle slaughtered in that time frame are already on feed, or will go in a few weeks.  With the potential for a Brazilian dump of beef on the US in the first quarter, ample cattle on feed, maybe a slower kill rate, and a soft box beef market, I anticipate it possible that February and April may stagnate, or trade lower.  Just the opposite for the June, August and out contract months.  Those cattle have yet to be placed and the feeder market will tell the tale as to how much will be placed this winter and spring. I anticipate those fat cattle contract months to move higher.

Armed with more information, and developing chart patterns, I am going to suggest that the correction in feeder cattle is complete at the 10/10 low with a major wave 1 and 2 complete, and 3 in progress.  Traders exceeded the high made on 10/25 January that is believed the top of major wave 1.  Major wave 2 produced an enormous, hyper volatile trading range for which it is believed breaking out of to the top side. Friday's high exceeded the top of wave 1, leading me to believe wave 3 is in progress.  On a lesser scale, the rally from the 11/28 low to the 12/2 high is believed a minor wave 1.  A minor wave 2 is anticipated to retrace a portion of this week's gains and potentially provide a buying opportunity for spring feeder cattle months.  Never do we plan to fail, but more often than not, we fail to plan.  I urge you to consider the change of fundamentals, price action and spreads, and how you will act and react to the changes. Whatever you do, do not become complacent to current market action.  It is believed on the verge of changing rapidly.

Not to be out done, grains have had a significant change as well this week.  Barge traffic on the Mississippi river has improved, the rail strike averted, and slight changes in longer termed forecasts, all gave grain traders something to consider going forward.  The slight changes in the long-term forecast come from a trusted source that suggested in March, the La Nina would give way to a El Nino weather pattern, returning moisture to the mid-west. Last week's rains provided a significant rise to the Mississippi and with the rail strike averted, grains and oilseeds will start to move more freely.  Lastly, there has been very little farmer selling of grains through harvest.  The price was good, and spreads between contract months offered the same price whether today or 6 months down the road. So, I think they waited for higher prices.  As day 11 closed within the range of November 15th, the March corn today, finally traded under $6.53&1/2, setting off a chain of events.  Futures prices moved lower and basis dropped like a rock in places impacted by the lower barge traffic.  I think farmers will get busy marketing inventory between now and the next two weeks.  Sales of new crop corn and soybeans are recommended to be discussed this weekend as well for farmers. Red December corn broke the almighty $6.00 level today and closed under it. Technical indicators turned south and it appears that weakness in the grains should be anticipated for a little while.  Wheat is believed in a bear market.

Energy markets shot higher on the more dovish stance of the Fed this week.  By weeks end though, the price cap on Russian oil, refining capacity at 95.2%, and inflation still impacting discretionary spending, energy sold off. I no longer recommend topping off farm tanks or booking spring fuel needs.  This may change overnight in this environment, but for the time being, I'm holding off.  Financial markets were roiled again this week with Powell's statements sounding more "Dovish" to traders.  This sparked a huge rally in all commodities, but by weeks end, most had faded back to or under from which they started.  The price of money has gone down some in the past two weeks.  I recommend paying off as much debt as possible with the slight change in rates, or if you need to borrow more, get it done while it is slightly cheaper.  The employment report on Friday was seemingly very inflationary.  More folks went back to work in spite of the Fed's desire to keep them from.  The Fed has admitted that the higher employment is causing some of the inflation and that they understand their actions can cause job losses.  So, I remain unsure how the Fed puts workers out of work and then the administration just has to take them up under the aspects of unemployment benefits.  This idea of giving people money, not expecting them to use it, and then bitching when they do, and want to continue to live the improved lifestyle, is a bit unnerving to me.  Encouragement is what is needed.  A foundation of law and consequences would give everyone the ability to produce, expand, create, and increase production of needed items, causing increased supplies and therefore lower prices.  Am I that far off base?

Christopher B. Swift is a commodity broker and consultant with Swift Trading Company in Nashville, TN. Mr. Swift authors the daily commentaries "mid day cattle comment" and "Shootin' the Bull" commentary found on his website @ www.shootinthebull.com

An investment in futures contracts is speculative, involves a high degree of risk and is suitable only for persons who can assume the risk of loss in excess of their margin deposits.  You should carefully consider whether futures trading is appropriate for you in light of your investment experience, trading objectives, financial resources and other relevant circumstances. PAST PERFORMANCE IS NOT NECESSARILY INDICATIVE OF FUTURE RESULTS. 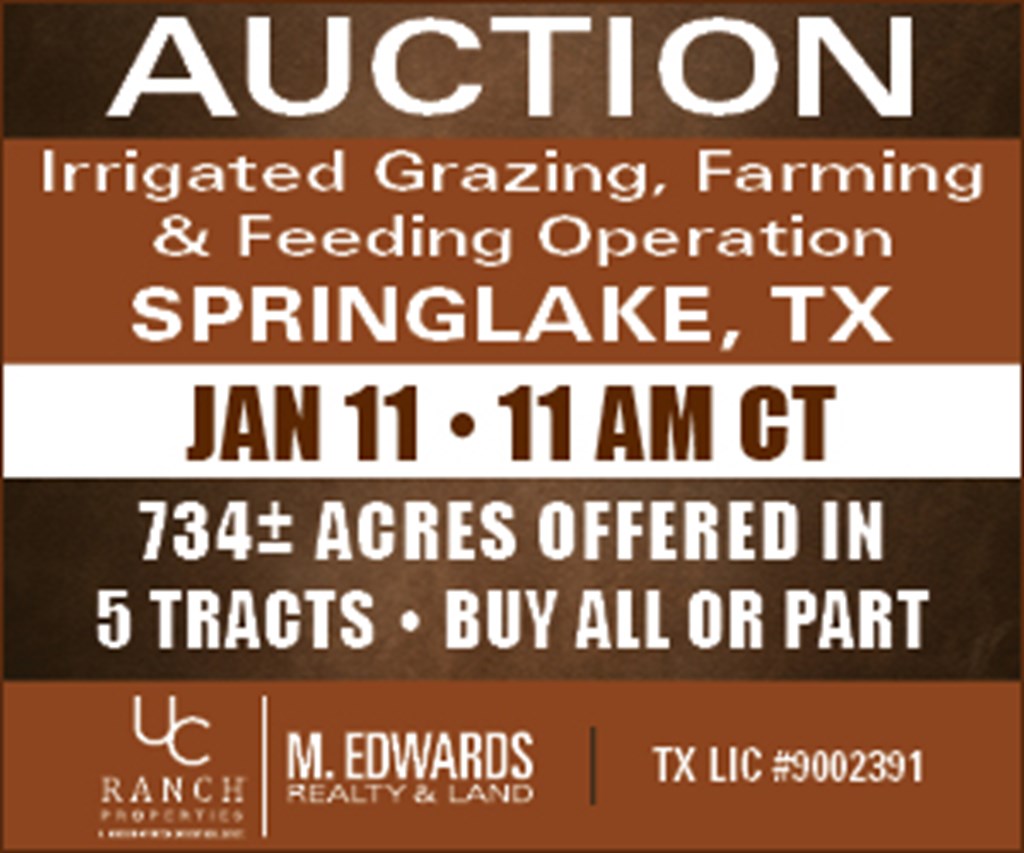