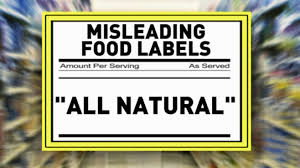 Shoppers drawn to sustainable, humanely raised meat and dairy products could be forgiven for thinking the nation’s big food companies have turned away from the industrial farming practices that have long dominated American agriculture.

Consider the package labels and marketing claims for some of the country’s best known brands: Cargill turkeys are sourced from “independent family farmers,” Sargento cheeses contain “no antibiotics” and Tyson uses “humane and environmentally responsible production” to raise its chickens while providing workers “a safe work environment.”

But some claims may not be what they seem, according to a flurry of litigation by advocacy groups seeking to combat what they describe as a surge in deceptive marketing by food giants. The misleading labels, the plaintiffs say, seek to profit off consumers’ growing interest in clean eating, animal welfare and environmentally friendly agriculture — but without making meaningful changes to their farming and production practices.

Class-action litigation against food and beverage companies hit a record high last year, with 220 lawsuits filed in 2020, up from 45 a decade ago, according to a tally by the law firm Perkins Coie.

The mounting wave of legal activism in part reflects the frustration of advocates who have made little headway in recent years convincing federal regulators to increase their oversight of the nation’s food supply — or even to provide definitions for words like “healthy” or “all natural.” Big Food, advocates say, has eagerly exploited the regulatory vacuum.

According to the lawsuits and complaints, Cargill turkeys are actually produced by contract farmers who have no say in the way the birds are raised — and who often become mired in debt complying with Cargill’s strict husbandry requirements. Tyson’s “all natural” chickens, claims a lawsuit and a complaint filed with the Federal Trade Commission, are mass-produced in crowded sheds contaminated with antibiotic-resistant pathogens, and after slaughter, they are bathed in chemical disinfectants. The federal complaint also questioned Tyson’s “safe work environment” claims, noting that 39 Tyson processing plant employees have died of Covid-19 and 12,500 others had become infected, four times more cases than its biggest competitors.

In a statement, Tyson said it complied with all labeling regulations, and was transparent about environmental, animal welfare and workplace safety efforts.

Farmed versus wild salmon is another category with nebulous definitions that consumers find hard to parse.

And that antibiotic-free Sargento cheese? One of the two recently filed lawsuits against the company included lab tests that found trace amounts of antibiotics. Sargento declined to comment, but in court filings, it said the amount of antibiotics the plaintiffs claimed to have detected are so minute that it “represents the equivalent of less than half a teaspoon of water in an Olympic-sized swimming pool.”

The Organic Consumers Association, the Family Farm Action Alliance and the Animal Welfare Institute, among the nonprofit organizations behind some of the litigation, say that misleading and exaggerated marketing dupes consumers into believing they are supporting companies whose practices align with their values. But deceptive marketing, they contend, has a more pernicious effect: It ensures the continued mistreatment of millions of cows, pigs and chickens raised by Big Agriculture while harming the livelihoods of small farmers committed to more humane animal husbandry.

“We don’t believe that companies should be able to profit from deceiving consumers about their practices,” said Jay Shooster, a lawyer whose firm, Richman Law & Policy, has filed several cases on behalf of advocacy groups. “Even if we can’t sue Tyson for abusing their chickens, at least we can sue them for misleading about how their chickens are treated.”

The companies say the complaints are meritless, noting that a number of cases have been dismissed. Pooja S. Nair, a corporate food lawyer with the firm Ervin Cohen & Jessup, said many are patently frivolous, among them some four dozen cut-and-paste lawsuits filed last year against vanilla flavored products.

The lawsuits, most of which were dismissed, claimed consumers were misled into thinking the flavoring comes from vanilla beans or vanilla extract “The landscape for businesses has become increasingly hostile,” she said. “It’s forcing companies to be more creative, and careful, in how they advertise their products.”

The legal fight over package labels represents a new front in the effort by environmental and animal welfare groups to increase corporate transparency and to prod large food companies to embrace less harmful practices. The litigation also seeks to harness consumers’ growing interest in sustainability by naming and shaming companies they accuse of “greenwashing” their brands.

“My family tries to eat as sustainably as possible, and we don’t mind paying a premium for products that are advertised as such, but it really raises my hackles when companies are dishonest about what they are selling,” said Dezzi Rae Marshall, a career counselor from Los Angeles who is the lead plaintiff in a lawsuit filed in June in California against Red Lobster. The lawsuit contends that much of the company’s shrimp and lobster are sourced from suppliers employing fishing practices that are not environmentally sustainable.

A bill introduced in Congress last month would overhaul front-of-package food labeling through a standardized system of symbols to convey whether a product is truly healthy. The measure also directs federal regulators to specifically define terms like “healthy,” and it would require companies to clearly explain how much “whole grain” is in a loaf of highly processed bread. The measure has the backing of nutritionists and healthy food advocates, but opposition from industry lobbyists is likely to complicate its passage in a narrowly divided Congress.

For now, advocates are trying to prod federal regulators through legal activism and public pressure. The Animal Welfare Institute, for instance, has been trying to draw attention to the U.S.D.A.’s role in approving the label descriptions for meat and egg products, which it does by reviewing documents submitted by companies seeking its approval. Inspectors with the Food Safety and Inspection Service, the U.S.D.A. agency charged with verifying labeling claims, only have jurisdiction over slaughterhouses and meat processing plants, not the farms where the animals are raised.

Since 2013, the institute has requested documentation from the F.S.I.S. for nearly 100 package label claims. In more than half of these cases, the agency has been unable to find any documentation to back up its decisions, according to a report. In its review of the files provided, the institute found that 28 percent of label claims lacked adequate substantiation.

The F.S.I.S. disputed the group’s findings, citing flaws in the institute’s requests submitted under the Freedom of Information Act.

Food marketing can be notoriously fuzzy. Without clear-cut definitions for words like “sustainable,” “humane” or “natural,” food companies have been using claims they know will resonate with Americans concerned with the environment, animal welfare and worker safety.

But companies that have been targeted by litigants say advocates and plaintiffs are sometimes seeking to forge definitions for words that no reasonable consumer would recognize.

Ivan Wasserman, a food lawyer in Washington D.C., said some of the demands can border on extortion. For every case that makes its way to court, he said dozens of others are quietly settled with monetary compensation — often without making changes to the contested label. Even cases that end up in court can strain credulity, he said, citing lawsuits claiming Kellogg’s Froot Loops and Quaker Oats’ Cap’n Crunch’s Crunchberries cereals deceived consumers into believing they contained actual fruit.

The lawsuits were dismissed.

“These cases can really have a chilling effect on speech,” Mr. Wasserman said. “And I think that’s damaging not only to the company, but also potentially for consumers, if companies are afraid of giving truthful and accurate information for a fear of being roped into a meritless lawsuit.”

Still, he acknowledged that some of the recent litigation was not entirely outlandish, and said he had become increasingly emphatic in advising clients to avoid words like “natural” or “sustainable” on their labels. The flood of litigation has become so intense that Mr. Wasserman’s firm, Amin Talati Wasserman, recently opened an office in California, which has some of the country’s most stringent consumer protection regulations.

Jennifer Jacquet, an associate professor of environmental studies at New York University, said legal activism has become the single-most effective tool for holding companies accountable for questionable marketing claims. Professor Jacquet, an expert on seafood production, said the labeling rules for farmed salmon, for example, are so weak that companies do not have to disclose whether their fish are wild caught or raised with antibiotics in vast, tightly packed coastal enclosures that can have devastating effects on the surrounding ecosystems.

“Many of these sustainability claims are dubious and wildly overblown,” she said. “And given that labeling requirements are so pathetic, there really is little way for consumers to determine their truthfulness.”

The deceptive advertising claims against Cargill are typical of many recent cases. In a petition filed with the F.T.C., six advocacy groups took issue with the company’s prominent use of “independent family farmers” to describe the sourcing of the company’s turkey products. The phrase appears on the shrink-wrapped poultry marketed through its Shady Brook Farms and Honest Turkey brands, and cheery claims about the environment are a regular feature of the company's advertising campaigns.

Critics say production practices, however, can be less than idyllic. “Far from the bucolic family farms portrayed by Cargill’s marketing, Cargill’s actual production methods exploit contract farmers and slaughterhouse workers, systematically abuse animals and cause grave harms to the environment,” the complaint said.

In a statement, Cargill said the allegations were without merit, noting that the company’s marketing claims are vetted by the U.S.D.A. “Cargill conducts business in a legal, ethical and responsible manner,” it said.

The F.T.C. said it does not comment on pending complaints.

From a regulatory standpoint, the meaning of “family farmer” is far from clear. The U.S.D.A. says the words can describe any farm in which the operator, or their relatives, own at least half of the business — a category that includes more than 97 percent of the nation’s farms. But in 2018, the Small Business Administration said the contract farming arrangements that Cargill and other big poultry companies employ should be considered subsidiaries, not independent farming operations, when it comes to federal lending decisions.

Angela Huffman, a co-founder of the Family Farm Action Alliance, one of the complainants against Cargill, said contract farmers are often bound by mandates that dictate every step of production, from the breed of birds and feed they receive from Cargill to the type of equipment they must buy — requirements that she contended could saddle farm operators with crushing debts. Because Cargill and a handful of other companies dominate the turkey market, many contract farmers have few alternatives. “They are under the thumb of Cargill, and then customers who see the red barn and green grass on the label are duped into thinking they are supporting family farms,” she said.

For the nation’s dwindling band of independent poultry growers, the marketing strategies of corporate behemoths can have real-life implications. Greg Gunthorp, a fourth-generation farmer in northeast Indiana, prides himself on raising his turkeys in ways that resonate with consumers focused on sustainability. The birds spend much of their lives on pasture, where they can peck at grass and insects, and the Gunthorp family processes the turkeys themselves, without the use of disinfectants like chlorine.

But last Thanksgiving, one of Mr. Gunthorp’s longtime retail clients said they would no longer buy his turkeys. Shoppers, the retailer told him, were increasingly drawn to cheaper, brand-name turkeys making similar sustainability claims.

“Big Ag has co-opted and bastardized every one of our messages,” he said. “When they use a fancy label with absolutely meaningless adjectives, there’s just no way we can compete.”