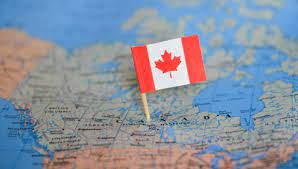 WINNIPEG, Manitoba, Jan 10 (Reuters) - China and the Philippines have suspended imports of Canadian beef due to Canada's detection in December of a cow infected with bovine spongiform encephalopathy (BSE), a spokesperson for Canada's agriculture department said on Monday.

China is the world's biggest importer of beef and veal, and Canada's third-biggest export market, according to the Canadian Cattlemen's Association (CCA). China took similar action against Brazil after that country confirmed BSE cases, before restoring imports in December after a three-month interruption.

BSE is a fatal disease of the nervous system in cattle.

Canada, the eighth largest beef and veal exporter, reported the BSE case in December in an 8-1/2-year-old beef cow in the province of Alberta.

Canada's latest case is atypical - meaning it is a form of BSE that can occur naturally in older cattle - as opposed to classical BSE, caused by an animal eating contaminated feed.

The disruption has not had any noticeable impact on Canadian prices, he said.

"We expect these (suspensions) to be short in duration," Laycraft said. "We've been able to manage through it."

The cow was euthanized on the farm and did not enter the food or animal feed chain, according to the Canadian government.

The first confirmed Canadian case of BSE, a classical form, was detected in 2003, resulting in some 40 export markets closing. Many have long since reopened.