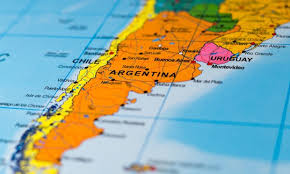 BUENOS AIRES, Sept 15 (Reuters) - Argentina's main farming zones are facing the driest conditions in around 30 years, agricultural and weather experts said, raising fears about a new "great drought" and stalling planting of corn in the world's No. 3 exporter of the grain.

The vast Pampas plains of the South American nation are hitting the start of the corn planting season after almost no rainfall in some four months. Forecasts predict more dry weather ahead with scarce showers.

Argentina is the world's top exporter of processed soy oil and meal and an important producer of corn, wheat and barley.

"This is one of the most complex situations we have seen in recent decades. We have to say that it is the worst planting scenario for corn in the last 27 years," Cristian Russo, chief agronomist at the Rosario grains exchange, told Reuters.

Russo added the exchange would likely cut its planting estimate for 2022/23 corn in its monthly report due next week. It currently predicts a planting area of 8.2 million hectares.

Germán Heinzenknecht, a meteorologist at the Applied Climatology Consultant, pointed to farming towns like Pergamino in Buenos Aires province, which had only 6 millimeters of rain in the southern winter from June-August, the lowest since 1933.

"It is serious. There are problems everywhere," said Heinzenknecht, adding that risks were rising that the country could see a repeat of the "great drought" in 2008/09, which hammered crops. "A person who wants to plant now just cannot."

Andrés Paterniti, crop analyst at the Buenos Aires grains exchange, the other main cereals body in the country, said there were "massive" delays to planting in core farming areas as well as the province of Cordoba.

"The current scenario is discouraging," he said.