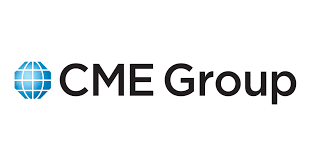 Livestock futures contracts have fallen sharply this week reacting to a pessimistic outlook for the world and U.S. economies. On Monday, almost no sector was safe as equities, metals, livestock, and crops shed value.

December live cattle has fallen for 6 straight trading sessions and lost $5.85 per cwt since September 20th. Worth noting, September 20th’s high was $152.225, just shy of the highest trading day under this contract $152.375 on April 22nd. The December contract has traded about a $10 range in the last four months, hitting a low point of $142.025 in the end of May and seeing the last high point as the September 20th value. Daily cash cattle over the last two weeks has been firm, mostly above $144 with the exception of yesterday falling to $143.28 per cwt as the 5-area average. Wholesale beef prices also continue to hold up well. The daily Choice cutout has hovered just under $250 for the last couple of weeks. We are keeping our eye on the rib primal value for clues to this holiday season demand expectations.

The November feeder cattle contract has fallen the last seven trading sessions about $9 over that time period. However, this feeder cattle contract has slid more or less since about mid-August after peaking at just over $191. Yesterday’s November close was $175.275 per cwt. Earlier declines had been related to bullish corn news which cause corn futures to rally. This week, though, corn too has fallen but not to the extent the livestock contracts have slid. December corn closed at $6.70 per bushel, down from the high of $6.98 a week ago. The November feeder cattle contract is on par with Kansas and Oklahoma current prices which fell below the $180s in the last two weeks for 700-800 pound steers.

December lean hogs dropped below $76 per cwt yesterday, marking the 6th lower trading session in a row. Seven days ago the December lean hogs contract traded $89.075 per cwt at the high, albeit pre-report estimates for hogs and pigs showed smaller supplies are expected ahead. Further underlying the demand concerns was a weaker pork cutout, which daily values have fallen more than $5 per cwt in 2 weeks. Tuesday’s daily negotiated sales fell below $100 per cwt for the first time since May. National hog prices the last two weeks have been down slightly, $3-4 per cwt. The decline in both the cutout and daily hog price is not concerning and has been largely expected due to seasonal trends. December hogs are now trading only at about a $1-$3 premium to last year’s cash hog price.