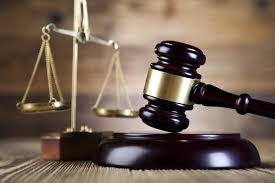 A civil rights group representing ranchers and livestock owners wants the Supreme Court to consider the merits of cases with conflicting opinions over whether the USDA acted wrongly in actions taken on how producers could comply with identification of their livestock if a disease outbreak occurred.

The New Civil Liberties Alliance filed a petition for a writ of certiorari with the U.S. Supreme Court in R-CALF USA v. USDA, asserting that Animal and Plant Health Inspection Service failed to comply with statutory requirements in the Federal Advisory Committee Act (FACA) when it established two advisory committees and that the Tenth Circuit “let APHIS off the hook based on an unduly confined interpretation of ‘established’ that would gut FACA, the group states. U.S. courts of appeals have issued conflicting decisions on the issues presented in this case which NCLA says warrants Supreme Court review to resolve the split in authority.

NCLA argues that APHIS formed the “Cattle Traceability Working Group” (CTWG) and “Producer Traceability Council” (PTC) as federal advisory committees in 2017 and 2019, respectively, to assist in the development of the unlawful mandate requiring radio frequency identification (RFID) eartags to trace livestock. NCLA claims APHIS devoted “significant resources to convince livestock industry representatives of the need for an advisory committee and to spell out the proposed committee’s agenda.”

APHIS “established” CTWG (and its successor PTC) under any common understanding of that word, and within the meaning of FACA. The district court and the Tenth Circuit held otherwise, which NCLA says it based “not on any disagreement about the factual record but on their unusually narrow constructions of the word ‘established.’” That interpretation directly conflicts with an 11th Circuit decision and is in considerable tension with the Supreme Court’s decision in Public Citizen v. U.S. Department of Justice, the civil group states.

“FACA was adopted to ensure transparency and accountability whenever government agencies seek to empower outside groups to develop public policies and mandates,” says Harriet Hageman, senior litigation counsel, NCLA. “APHIS clearly established the CTWG and PTC to further its goal of forcing our livestock producers to use RFID eartags, while pretending that such requirements were industry driven. The Supreme Court needs to ensure that FACA is enforced as written and as intended.”

NCLA’s explains a key contested issue in a large percentage of FACA cases is whether a group is a FACA “advisory committee” that was “established” by the President or a federal agency—and thus subject to FACA constraints. The Tenth and Eleventh Circuit Courts of Appeals disagree regarding when the President or an agency should be deemed to have “established” a FACA advisory committee. And the Supreme Court’s decision in Public Citizen strongly suggests that “established,” as used in FACA, should be interpreted as taking its ordinary meaning—or if anything a broader sense, not a narrower one.

The FACA Act imposes important procedural and transparency requirements on federal advisory committees to ensure they operate in an open, fair and transparent manner, and NCLA claims APHIS played a “major role in creating the advisory committees.” Supreme Court review is warranted to determine whether Congress intended that FACA be construed so narrowly as to render it toothless.

Rich Samp, NCLA senior litigation counsel, adds, “FACA imposes important procedural requirements on federal advisory committees to ensure they operate in an open and fair manner. When, as here, federal courts overlook noncompliance with those requirements, they increase the danger that administrative agencies will succumb to secret lobbying by powerful special interests."