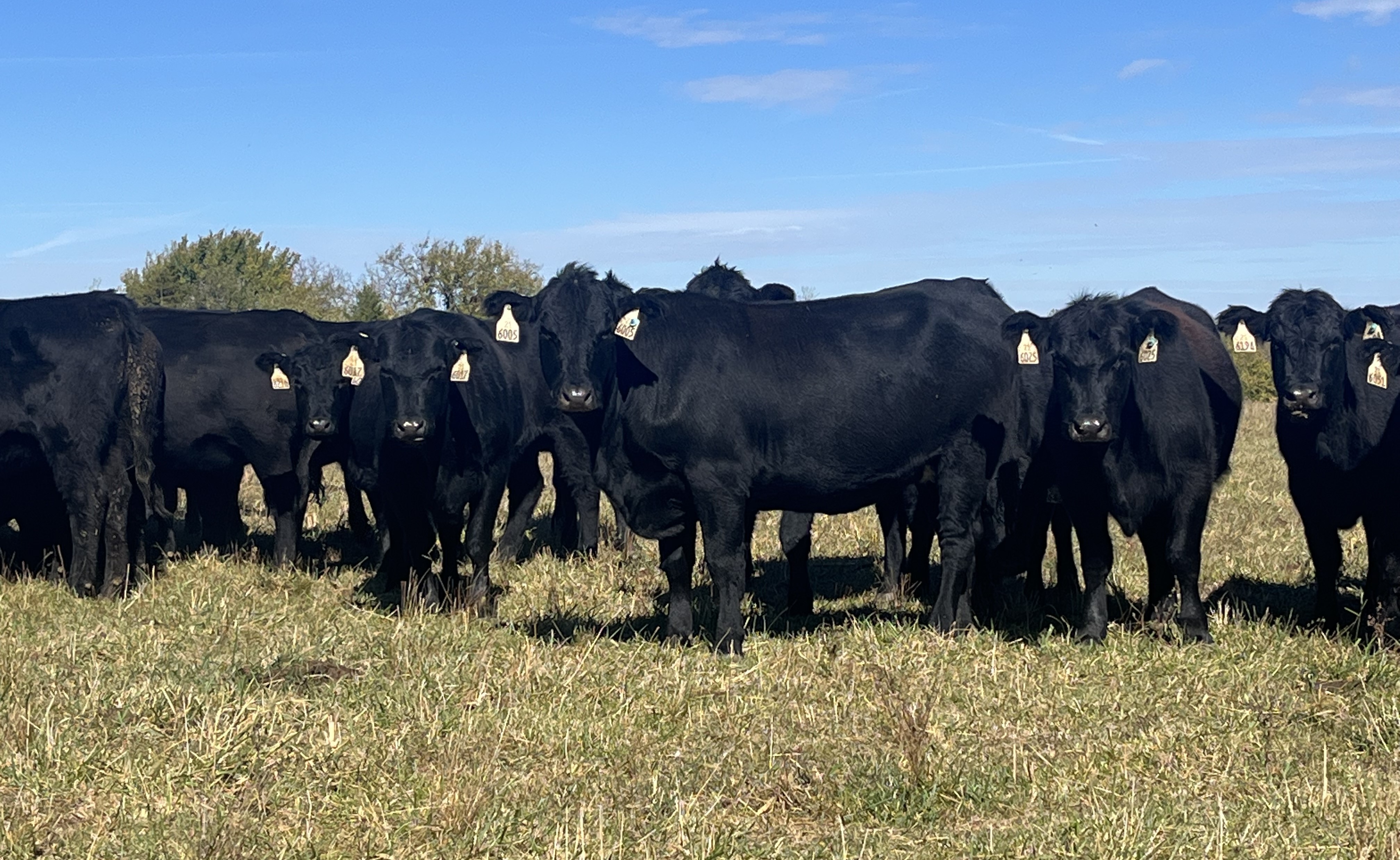 We are approaching the end of 2022 and are getting a more complete picture of beef cow and heifer slaughter and its implications for future supplies. Through October 29th, heifer slaughter is up about 5 percent in 2022 as compared to a year ago. Beef cow slaughter is approximately 13 percent higher than a year ago. Combined, approximately 765,000 more beef cows and heifers were processed in the first 10 months of 2022 as compared to the same period in 2021.

Trend lines are often useful for forecasts of all types. Shown in the graph above is a regression trend line that was estimated by LMIC using the relationship between beef cow/heifer slaughter and the prior year’s inventory. For 2022, this relationship would be the number of beef cows and heifers slaughtered this year relative to the total inventory of beef cows on January 1, 2022. Or put differently, it is how many cows and heifers were processed this year as compared to how many cows we started with. 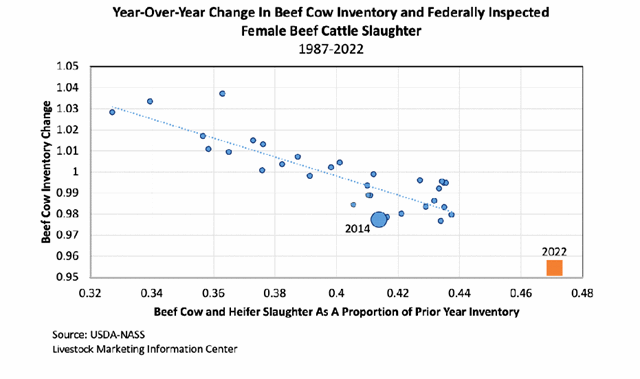 Most years (blue dots) are pretty close to the trend line. Roughly speaking, when the proportion of slaughter to inventory is 0.4 or lower, we are adding cows to the herd or staying level. When this proportion is higher than 0.4, we are in a contraction phase. It’s not a perfect predictor of next year’s inventory, and the industry is certainly more complex than this calculation, but it usually gets close.

2022 is shaping up to be an exceptional year. The orange square on the graph for 2022 represents an estimate for 2022 that assumes the remaining slaughter weeks in 2022 are similar to year-ago levels. In that scenario, the proportion of beef cows and heifers slaughtered would be about 47%. Using this analysis, that would suggest a decline in beef cow numbers somewhere around the 4% to 5% during 2022 which would be levels not seen since 1985-86.

We will know more when the next Cattle Inventory report is released in January. There could also be revisions to data from prior years that could affect the year-over-year changes. Regardless, all signs point to fewer cows and heifers to calve next year and continued supply-side support for stronger cattle prices.